Rhinoplasty is about making you look better, not different

Rhinoplasty (more commonly known as a nose job) can address significant or very subtle imperfections in one’s nose. There are a lot of misconceptions regarding what can and cannot be accomplished when it comes to improving the appearance of one’s nose with cosmetic procedures. We hope that this page will provide you with useful information and make your decision-making process easier. Below are the most frequent issues brought up by our patients during the consultation process.

Are you a good candidate for a rhinoplasty?

A patient becomes a candidate to undergo a rhinoplasty once their normal facial growth has reached a plateau. Typically, this occurs around 15-16 years of age, depending on individual development. If one finds that they would like to refine the appearance of their nose, it is very important that they have an in-depth discussion with their plastic surgeon as to what in particular they would like improved. The surgeon should take the time to explain what can and cannot be accomplished, so that expectations are realistic. Any problems one may have breathing through their nose should also be addressed at the time of the consultation, as this can also be improved.

What can a rhinoplasty improve?

A rhinoplasty can address significant or very subtle imperfections in one’s nose. That being said, sometimes these subtle imperfections are considered beautiful and give someone character. Nasal surgery should address only what the patient wants to change. Our goal is to make people look better, not different. The more common improvements we perform during rhinoplasty are:

How is a rhinoplasty performed?

The nose is made up of three components. The skin, the most superficial layer, is draped over the deeper, supporting structures of the nose, namely the bone and cartilage. We address all three components when refining a patient’s nose. The operation is performed entirely through incisions that are hidden within the nose. Typically, we file down the bone and cartilage that creates the hump, improving the patient’s profile. We narrow the upper part of the nose by fracturing the paired nasal bones in a controlled fashion. This creates a narrower and more aesthetically pleasing upper part of the nose. By removing some cartilage from the tip of the nose, we can also turn a bulbous, or wide tip into a smaller, more refined one. Finally, if one’s nostrils need to be made smaller, we do this via small incisions hidden in the fold at the base of the nostrils. Patients with problems breathing through their nose may also need additional work done on the internal structures of the nose, so as to open up their airway (this typically does not increase recovery time). Once the operation is done, small nasal plugs are placed to keep the nostrils open and a plastic splint applied over the bridge of the nose. These are removed during the post-operative visits.

There is a small percentage of patients who may benefit from undergoing chin augmentation (with a small chin implant) at the same time as a rhinoplasty. In those patients with a weak chin, better symmetry between the central and lower part of the face can be achieved.

What is the difference between an open rhinoplasty and a closed rhinoplasty?

A closed rhinoplasty is performed via incisions on the inside of the nose, with no external scars. With an open rhinoplasty, the same incisions are made inside the nose, but an additional, small incision is made at the base of the nose (on the skin that separates the nostrils). This external incision is typically imperceptible at a conversational distance.

We perform the majority of our nasal surgeries using the closed technique. It has the advantage of not having any visible scars and less swelling of the tip of the nose, which can last longer with the open technique.

Patients who we believe have more complex deformities and/or would like to improve their nasal breathing may be better candidates for an ‘open rhinoplasty’ approach.

It is important that you discuss with your plastic surgeon which one of these techniques best suits your needs.

Do I need to be put to sleep to have nasal surgery?

We perform rhinoplasties using either general anesthesia (where the patient is completely asleep) or local anesthesia with sedation (where the patient’s nose is completely numb and they are in a twilight state). Both techniques can be performed safely, and patients are monitored using the latest technology. Patients can choose the technique which best suits their needs.

What happens in the days following a rhinoplasty? How long is the recovery time?

Once our patients feel comfortable enough after surgery, we send them home (accompanied by a friend or family member) with antibiotics and pain medication. Most patients describe what they feel as more of a discomfort rather than pain, and what bothers them most is that they must breathe through their mouth for the first two days. At the first post-op visit, 48 hours after the surgery, we remove the nasal packs (meant to keep the nostrils open) and patients are relieved to finally breathe through their nose.

Patients can expect the swelling and bruising to increase during the first 24-48 hours after surgery. The swelling begins to improve on the third day, and is much improved after the first week. We remove the plastic splint over the bridge of patients’ noses 5-7 days after the operation. Patients can appreciate the changes in their nose at this time, but we reinforce that there is always residual swelling that takes weeks/months to resolve. While after 2 weeks most of the swelling has resolved, patients will not see their final result for 6-12 months after the surgery. The follow-up appointments are scheduled at 2 days, 5-7 days, 2 weeks, 3 months, 6 months and finally at one year after surgery. If any of our patients have concerns or questions, they can call the clinic 24 hours a day, 7 days a week, where there is always someone available to help them.

When can I go out in public without anyone noticing that I had nasal surgery?

Any bruising and/or swelling begins to improve on the third day after surgery. One week post-op, there is already a drastic improvement in the swelling. Patients are usually comfortable going out in public one week after surgery but often wait a full two weeks to appear in social situations.

Typically, friends and acquaintances will not be able to pinpoint the change in our patients, only noticing a softening of one’s look. In other words, people will wonder why you look better…not different.

What is the role of 3D imaging in surgery of the nose?

The VECTRA 3D imaging system allows us to capture a patient’s face, breast, and body images in ultra-high resolution and show them the possibilities of their aesthetic procedure. For our nose surgery patients, we use their own image to explore possible outcomes (simulating what their nose may look like after surgery), educate them about their options, explain limitations, and set appropriate expectations. It is a tool that has earned great reviews from our patients.

What are the potential risks and complications?

Rhinoplasty is a very safe procedure, and complications are uncommon. They include bleeding, infection, asymmetries, irregularities, decrease in nasal airflow, and unfavorable scars. Most complications can be treated conservatively, and sometimes patients chose to undergo a touch-up procedure, called revision rhinoplasty. It is important that one consults with their plastic surgeon to discuss the risks prior to surgery. 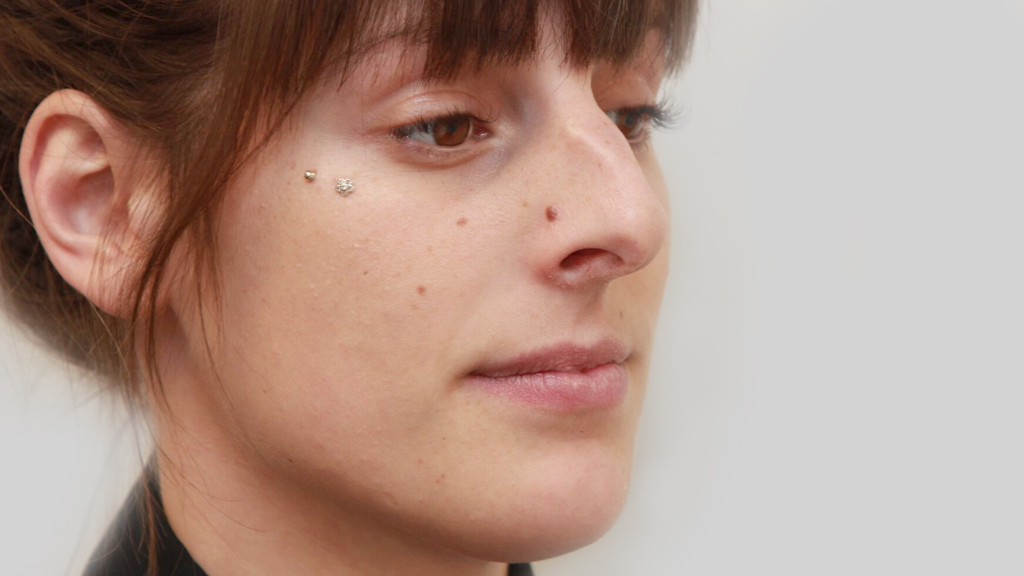 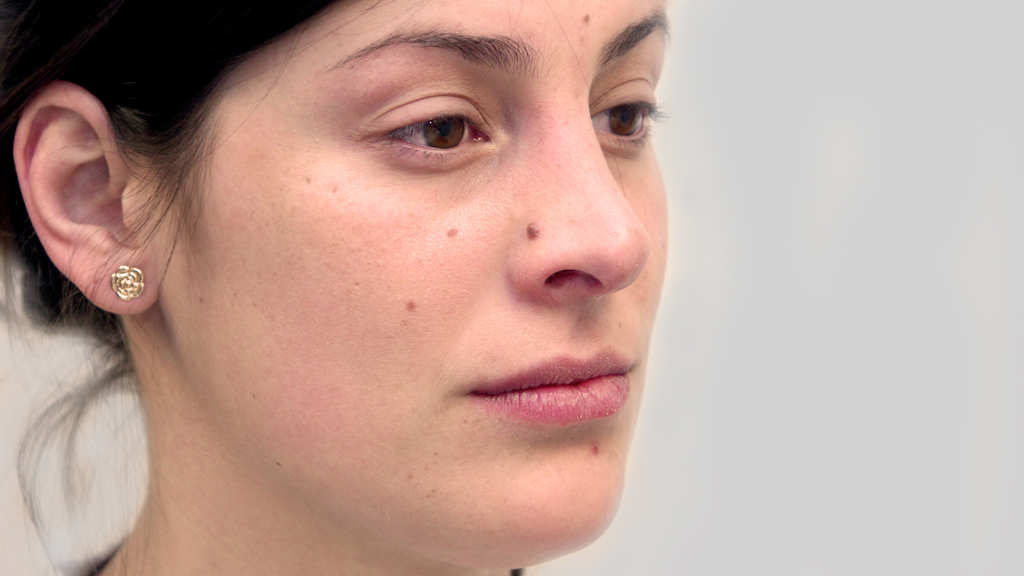 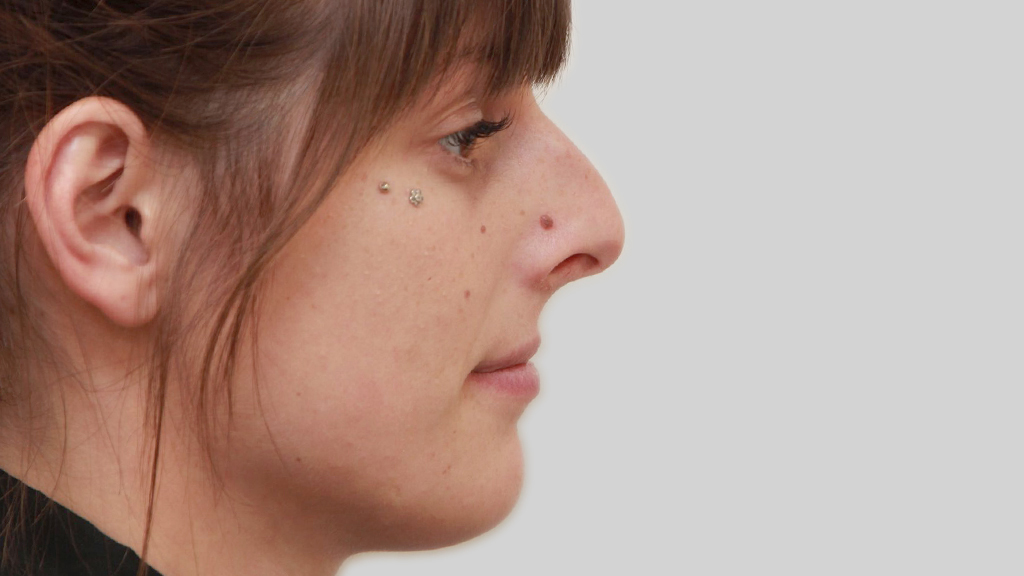 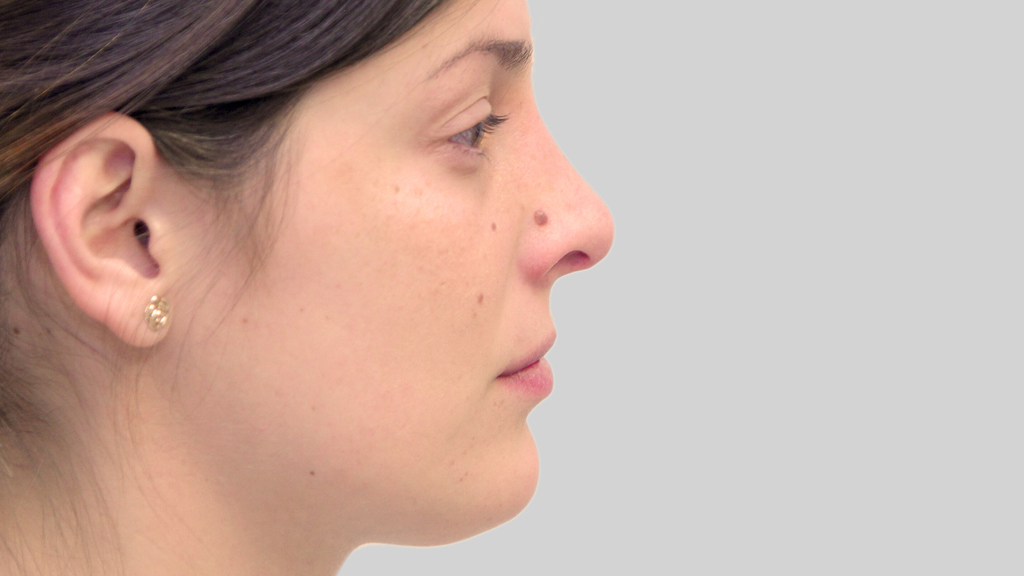 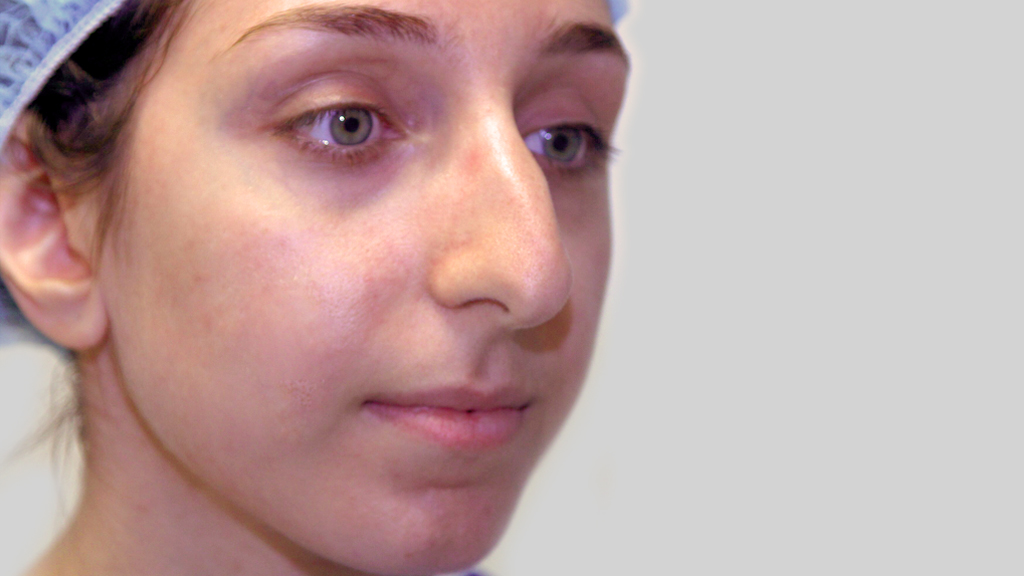 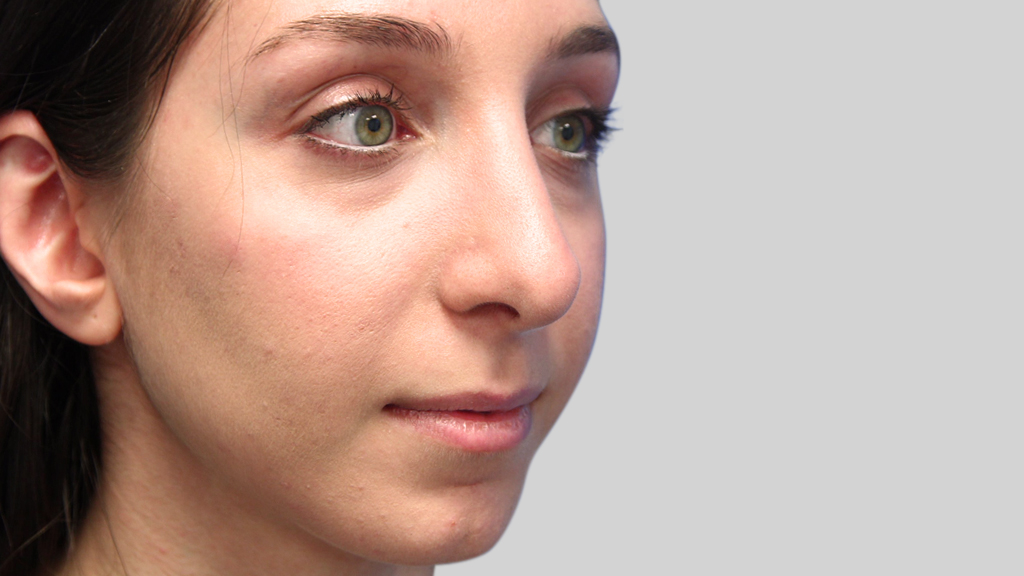 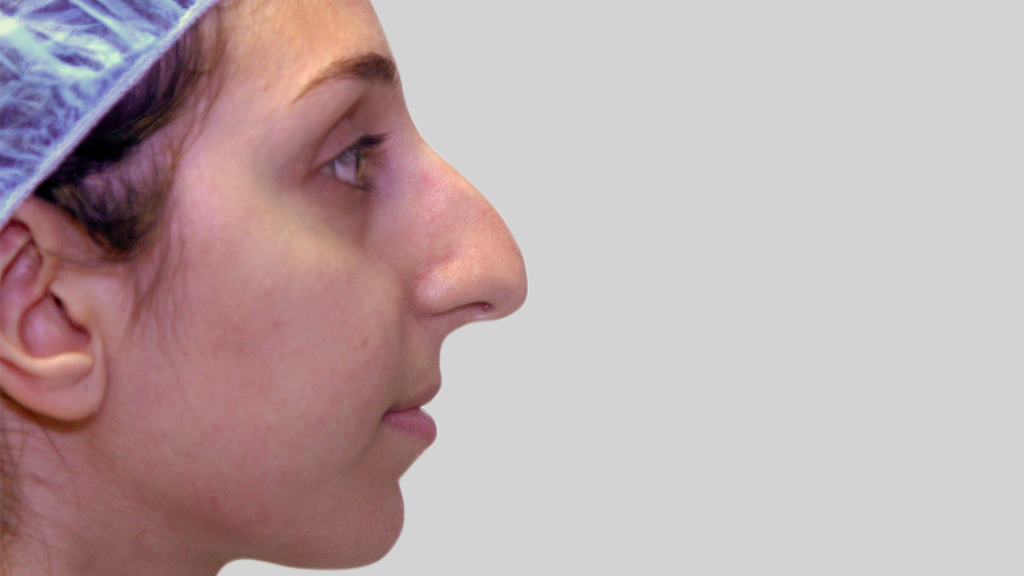 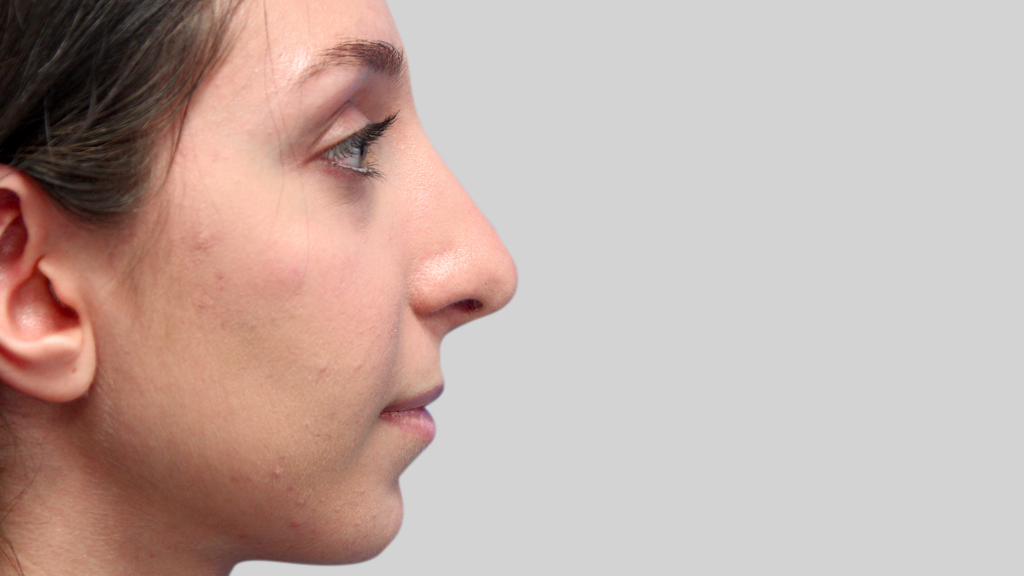 Ready to shape your nose and your future? Find out if you are a good candidate and explore the possibilities at Clinique K.

MESSAGE FROM CLINIQUE-K REGARDING COVID-19

Dr. Karl Schwarz and his staff would like to thank you for your continued support of the clinic and your patience while we take necessary precautions. We value the health and safety of our patients and staff above all else. Our safety measures include wearing masks and gloves, taking patient's temperature before entering the clinic, increased cleaning practices, and limiting the number of patients in the clinic at any one time.

To better serve you during this time we have also upgraded our virtual consultation platform. You can learn more about it here.

We look forward to seeing you again soon! Please reach out with any questions or concerns via email or phone at 514-613-2979.